Last week something big happened in the newspaper industry, and as journalists are wont to do, they reported it. Outlets of all sizes shared the story of Jeff Bezos, founder of Amazon, and his purchase of The Washington Post. Even The Onion, ‘America’s Finest News Source,’ covered the story with a headline and a photo:

I don’t know about you, but I’m a big fan of The Onion. Like them, I have an inherent sarcasm and cynicism that plagues my every day, and I seem to find joy in spending time with others who share similar perspectives. But some people don’t get the jokes. They don’t think it’s funny or don’t get the self-deprecation when I make them, or myself, the butt of the joke. I think in this case however, it shows the continued relevancy of newspapers, regardless of format. The reason is The Onion wouldn’t poke fun at publishers if they truly thought print was dead. Either way, there are varied perspectives on what the purchase of The Washington Post by Bezos actually means.

Here are the top three perspectives as I see them: 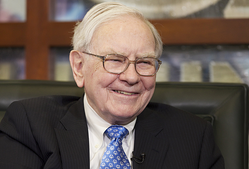 owing suit with another well-respected and trusted investor by the name of Warren Buffet. He also understands there is still plenty of value in newspapers, especially ones with the circulation and demographics of The Washington Post. We’ve discussed Warren Buffett’s continued interest in publishing before, and people with a lot of money have a tendency to see what other wealthy investors are doing with their stacks of cash. Bezos could have taken a hint from Buffett, done a little research and decided for himself, that given its current state, The Washington Post is a good investment.

2. He’s seen his investment in Business Insider improve that publication. According to this piece, Bezos got into the publishing game with the owners of Business Insider in an effort to build up its journalism. A revolutionary idea – I know. One view of newspapers is that they need to focus on bringing back advertisers and that’s the only way to be sustainable. Guess what brings advertisers? Eyeballs. Guess what brings eyeballs? Great content. If Bezos means what he said in his memo, as far as the importance of great journalism, he’ll emphasize that as he stays in ‘the other Washington’ and directs the current staff from afar. One more point here; great content builds context, and context can build relationships, which according to Jeff Jarvis will be critical for the success of not only The Washington Post, but newspapers in general. Trust me when I say Amazon and Bezos are the masters of building context. If you don’t believe me, I need about five minutes on the phone to explain it. Call me maybe. In the meantime, this blog from the Newsosaur will get you started.

3. The third perspective, the one the conspiracy theorists are most likely going with, is the one that says Bezos wants to control the media to support his agenda. I only found one story on this perspective, and despite the catchy headline, I don’t buy it. Tom Foremski’s take is that Bezos will silence the journalists covering everything that’s happening in Washington that could potentially shine a negative light on Amazon. Really? I don’t buy it. Seems like quite a stretch to go from business investment to silencing the media, and it’s only one paper. There are a few publications around the country that might not be scared of their billionaire owners.

In the end, being the butt of this joke is actually a sign of relevancy for newspapers that still do a great job of reaching educated and affluent consumers for advertisers. If you want to learn more about how, check out our white paper, ‘Proven Methods for Reaching Educated and Affluent Consumers.’