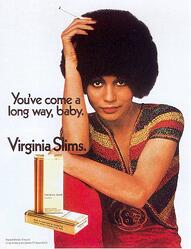 tremendous strides in politics, business and the entertainment industry.

2012 was a groundbreaking year for women in politics as the congressional elections appointed 20 female senators in total, the most ever in US history. The House of Representatives can also boast a record 79 women holding seats, and Janet Yellin is poised to become the first woman to run the Federal Reserve in the bank’s 100-year history.

For the first time in history there are 20 female CEOs at the 500 biggest US corporations and a growing number of women on major company boards.

Even Hollywood has joined the 21st century (albeit at times kicking and screaming) and begun to depict women as beautiful despite not being a size 2. Shows like "The Mindy Project" and HBO’s wildly popular "Girls" have lead characters that, by most standards, are considered... curvy.

With modern women making such strides, why is it that advertisers are still missing the mark and creating sexist and stereotypical campaigns?

Here are a few recent ads that make my feminine blood boil:

Let me start with perhaps the most offensive ad (and let me tell you, it’s hard to choose which one is most offensive). In an earlier blog post I ranted about stereotypical advertising and my distaste for the color pink. Well, this ad embraces both.

The intention behind this PSA was no doubt good (at least I sincerely hope the intention was good). Getting more young girls and teens interested in science is a noble endeavor. However, this video, created by the European Union Commission, relies on stereotypes that girls are only interested in fashion and makeup.

An article in the Huffington Post which mentioned this campaign summed it up best: "Love nail polish? You'll love hydrogen even more! Fashionable sunglasses are just like lab goggles!" Oy.

This is one of those commercials that seems like it HAS to be an SNL skit; it’s so horrible it’s funny. But it’s not an SNL skit – it’s a real commercial that someone pitched in a boardroom and eventually aired on TV. I guess my question would be, did this ad really sell more burgers?

Women Have No Minds – Or in This Case - Heads

Here’s an ad that stars surfer Stephanie Gilmore. The ad focuses only on her body and never shows her face. Not once. There are many ads out there like this which sends the clear message that women are to be objectified. We are only our body parts and not the mind or the person inside.

All Women Care About is Shoes!

The last time I checked I was a woman, and I can tell you honestly that I own... I believe six pairs of shoes. There may be some in storage, but I can’t say for sure. My point is, I am not obsessed with shoes. They keep my feet protected from cold, wetness and things that could seriously injure me. Other than that, I just don’t care that much. I’ve met other women from all over the globe who share my dispassion for shoes; we simply have other things that hold our attention more. But, according to this D.C. Metro Campaign, all women want to talk about and think about are... you guessed it... shoes!

Even Google jumped on the stereotypes bandwagon with this commercial for their new inbox. The ad perpetuates the myth that all "us ladies" care about is shoes, getting mani-pedis, knitting and going on dates with really cute boys.

While photoshopping models isn't exactly big news, there is something particularly creepy and offensive about Target's recent swimsuit fail.

The model in this ad not only has incredibly thin, long arms that don’t appear even human, her crotch area has also been blatantly airbrushed and a chunk of the suit has actually been cropped out, giving her an artificial "thigh gap."

Last year "thigh gaps" gained media attention when eating disorder advocates noted teenage girls were striving for a body weight so low their thighs wouldn't touch, even when they were standing with their feet together! Way to go, Target.

The fact that Robin Thicke’s “Blurred Lines” song and video were a hit last summer says something really sad about our society. “I know you want it?” Uh, no, Robin. No, I really don’t. Then Radio Shack comes up with the brilliant idea to use the song and video to promote its Beats Pill speaker, a speaker which just happens to look like... well, you see for yourself.

I think what bothers me most about these ads is the same thing that bothers me about failed advertising for men: it’s lazy. Advertising is supposed to be creative and tap into real issues and problems that people face. If you want your campaigns to stand out and attract new business, think of how your product or service can solve people’s problems and present those benefits in creative ways that don’t rely on stereotypes or sexist concepts.