Arianna Huffington announced last week that her online news site, 'The Huffington Post,' is eliminating anonymous comments because “trolls have become more and more aggressive and uglier.” I, for one, applaud this move. Huffington made the comments to a group of reporters after delivering a keynote address at HubSpot’s Inbound 13 marketing conference. Lucky for me, I was actually in the audience for Huffington’s keynote and heard her discuss the importance of work/life balance and managing your life for positivity.

The theme of the conference, and in particular the keynote addresses by Seth Godin, Arianna Huffington, Brian Halligan and Dharmesh Shah, Nate Silver, and Scott Harrison, was that we all need to be more human. In our interactions and in everything we do on a daily basis, we’d all be better off if we acted like and treated other people like humans. Which, I’m pretty sure, everyone reading this blog is.

'The Huffington Post’s' decision to eliminate anonymous comments on its site is a great start to this exact concept. Those who have ever read through the comments section of a potentially controversial story or one that polarizes people know and have witnessed firsthand the extremes people go to on both sides of the issue to defend their stance. More than just defend their own stance, under the guise on anonymity they often berate, slander and attack the writer or those with differing views with extreme harshness. This begs the question: would these individuals be so quick to spout off if they had to actually attach their name to their comments?

I say no, and so does Arianna Huffington. Cutting people and ideas down is much better done behind someone’s back or ‘on the condition of anonymity’ than it is if we had to actually attach our name to our stance. ‘The Huffington Post,’ and hopefully other publications that will follow suit, is saying it’s time to start treating each other with the respect we deserve for this simple fact: we are all humans. Free speech is fine and good and should be exercised, but not behind a mask. If you want to say it, scream it from the roof tops, but don’t do it from behind a keyboard.

What this means for other publications, online and in print, will be interesting to watch. Publishing as an industry has had a follower mentality and has been slow to adapt, which many claim is the reason for revenues dropping from $45B+ in the mid-2000s to just below $20B in 2013. Maybe by being an early follower to this idea of eliminating anonymous comments the industry can create more human conversations. More human conversations could lead to more people and advertisers reinvesting in newspapers.

From its start in 2005 ‘The Huffington Post’ pushed boundaries and set up a different model for reporting the news. They created sections other publications haven’t followed or reported on, like 'GPS for the Soul.' Not only did they create that section to get people to be better people, 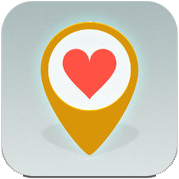 they took it a step further and built an iPhone app so we could all take advantage of getting our lives, which are often messy and complicated, back on track. Because as Arianna Huffington said in her keynote address at Inbound 13, ‘You are bigger than anything that happens to you.’ Often we focus on what’s being done to us, but Huffington says you need to focus on how you react to what’s happening around you.

‘The Huffington Post’ is again making the rules instead of abiding by the rules or taking the rules. This is what any innovative, forward-thinking company needs to do if they want to take the lead. Today, smart marketers understand they need to take risks and test new ways to deliver their message and drive consumers to action. If you’re a smart marketer, or want to become one, you should download our eBook, ‘The Smart Marketer’s Guide to Local Digital Advertising,’ to get your campaigns headed in the right direction, which is probably along the road less traveled.

Power Your Retail Business With Content Marketing via Vine