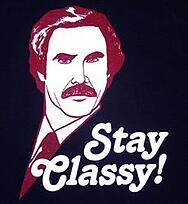 1. Strong Readership – Super Bowl XLVI absolutely killed it in regard to advertising records in 2012. Roughly 166.8 million people tuned in to catch the final football game of the season between the New York Giants and the New England Patriots, without a doubt surpassing the previous record of 111.3 million viewers in 2011 (Huffington Post). Moreover, a 30-second ad spot ran an average of $3.5 million a pop (USA Today). What does this have to do with newspaper? The readership is just as strong as a Super Bowl audience. Currently, Daily readershipis nearly 127.1 million, and Sunday readership is nearly 132.4 million. That is close to one third of the U.S. population reading the newspaper during any given week. 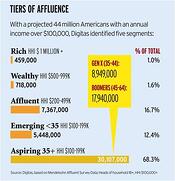 concerned with reaching consumers who encompass the right level of purchasing power for their products. Print readers are often affluent consumers with a significant amount of flexible income. Recently, Advertising Age released a white paper titled The New Wave of Affluence that explains the nature of these consumers and distinguishes five tiers of affluence in the United States (shown right).

We wanted to take a closer look at how the bottom three tiers of affluence – “Affluent, Emerging and Aspiring” – perform next to heavy users of each media vehicle (shown below). What did we discover? “Affluent” consumers drive heavy usage of print mediums. Furthermore, this tier prefers newspapers first and foremost with magazines coming in a close second. “Aspiring” consumers mirror the “Affluent” in a sense that newspapers and magazines account for first and third place, respectively. “Emerging” consumers strongly prefer the Internet compared to all other mediums, but magazines are a breakaway form as well. 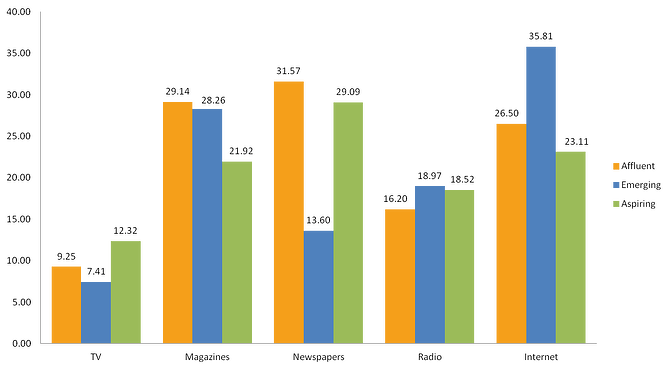 3. Focus on Medium – Consumers are always flooded with distractions while consuming media. Gaining a consumer’s focused attention and breaking through the clutter is like trying to run through an obstacle course. It’s tough! The graph below represents the percentage of consumers who engage in other non-media activities while consuming a given type of media. A lower score on this graph means there is more focused attention on the medium.

Consumers Who Regularly Engage in Non-Media Activities While… 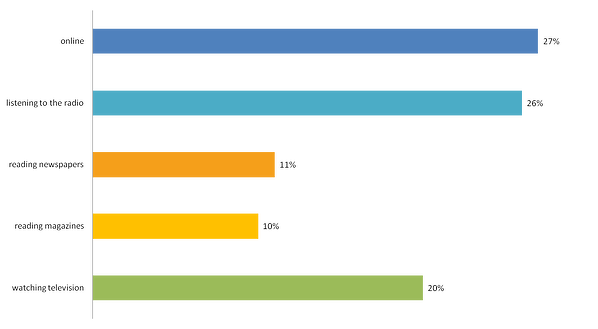 So there you have it. Local advertising is where it is at and if you are not doing it, you should be. Oh wait, that’s right. We promised you ’10 Dazzling Benefits of Local Advertising’. Looks like you will have to tune in to Thursday’s post for more insight and reasons to advertise locally. Until then, stay classy.

If you’d like more information on reaching the affluent consumer, take a look at our white paper, ‘The Most Overlooked Channel for Reaching Educated and Affluent Consumers.’