Opening the Doors: How to Advertise During a Recession

COVID-19 has changed the way we are currently living our lives. From social distancing to working remotely to hoarding canned goods and toilet paper, this pandemic has shifted how we live, love, and make purchasing decisions.

While it seems the country is beginning to open back up, we can guess that the economy will take its time getting back up to speed. That means we will most likely be in a recession for the foreseeable future.

But even in economic downturns, life, and business, go on. Many CMOs are faced with making some critical decisions during this time. Should they dramatically slash their marketing budgets until all of this blows over?

Recessions and Advertising Throughout the Years

We don’t have to take Henry Ford’s word for it, there have been many studies over the years on the subject of advertising during recessions and you may be surprised by the findings.

For instance, during the 1970 recession, a study by American Business Press and Meldrum & Fewsmith found that “Sales and profits can be maintained and increased in recession years and in the years immediately following by those who are willing to maintain an aggressive marketing posture, while others adopt the philosophy of cutting back on promotional efforts when sales appear to be harder to get.”

During the 1974-75 recession, another study by the same group stated, “Companies which did not cut marketing expenditures experienced higher sales and net income during those two years and the two years following than those companies which cut in either or both recession years.”

But the findings don’t stop there. Studies during the recessions in 1985, 1990-91 and 2001 all found that sales for companies that remained aggressive in their advertising efforts during the recession enjoyed sales that were 2.5 times the average of all other businesses.

What allows brands to thrive during an economic recession? Well, there are several reasons:

While it may seem counterintuitive, the findings are clear: a recession can be equally profitable for your business if you stay in the game and remain aggressive with your ad spending. Now, this isn’t to say that you don’t need to make some changes to HOW you spend your budget. There are some definite rules to how to market effectively during a recession. Let’s take a look at some of those now.

Market indicators are already sending warning flares and people are starting to run and duck for economic cover. This is particularly true for those consumers who have already been through a recession or two. Or, in the case of Gen Z, who have watched their parents struggle during the last recession. No one wants to be burned again, so you can absolutely expect much of your consumer base to adjust their behavior.

According to the Harvard Business Review, consumers prioritize consumption by sorting products and services into four main categories:

Who makes up your audience? How do they feel about your product or service? Are you essential in their eyes?

How can you be a calm voice in the financial storm? You will find you can far more easily maintain customer loyalty if you add value without being the voice of doom and gloom. It’s a fine balance but brands who strike it will do well.

Luxury brands should take a specific approach by appealing to emotion during this time. Give your audience permission for some emotional release and comfort. As an example, car manufacturers during the 2008 recession focused less on big, bold concepts and instead focused more on miles per gallon to appeal to consumers’ tighter budgets.

Now is not the time to throw your budget against the wall and hope something sticks. Now is the time to be vigilant with your metrics and reporting. Leverage technology and mine the data that will help you make the best budgeting and creative decisions moving forward.

A recession can often be an opportunity disguised as a problem. Now is the time to rediscover and reposition your brand. What is your essence? What sets you apart from the competition? This can be the perfect time to position yourself as an ally to consumers in tough times.

Even during a strong economy, it’s best to focus on retaining current customers instead of acquiring new ones. Why?

Use your ad budget to engage with current clients. Offer promotions and incentives that show how much you appreciate them.

The bottom line is, while recessions cause most people to cut back on spending, that’s the exact opposite of what brands should be doing at this time. Yes, adjust and pivot as necessary to make sure every dollar spend gives you a solid return; but don’t pull back on your marketing efforts at this time.

Need some help making those pivots and adjustments? Get in touch with us. We help clients innovate and make sound decisions to not only survive but thrive during all kinds of economies. 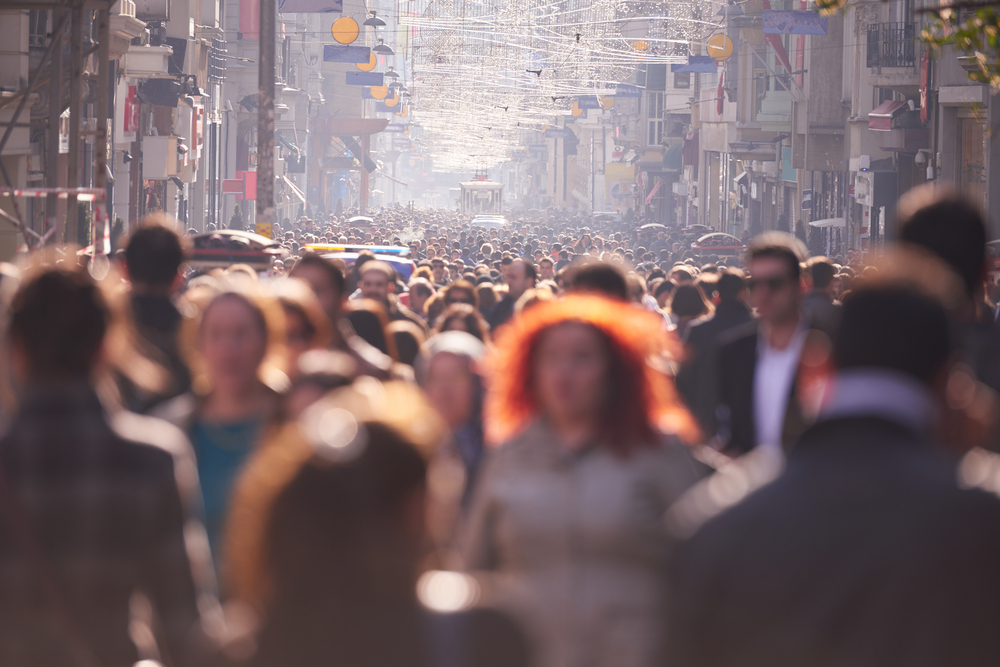 How to Conduct Audience Research to Craft the Right Messaging