Newspaper Readership and Voters: What the Black and White has in Common with Ballots 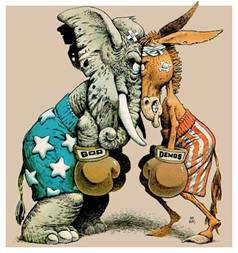 Elections are approaching fast, how do you plan to stay on top of the campaigns, trash talking ads and who is winning the race? More importantly, as an advertiser or a candidate in the election, how can you be certain you are reaching voters in the right media? There are endless options to include in your marketing mix but lucky for you, the results are in and though there should never be just one winner, there are some top candidates you need to include in your mix.

The Newspaper Association of America recently released results from the American Voters Media Use Survey they had Moore Information conduct. Here is the rundown:

There you have it folks. Newspaper, both printed and online, is not only a most-trusted source but also has high readership among registered voters. Are you an advertiser looking to run a campaign during election season? It would be a mistake not to include newspaper in your media mix. Are you a candidate looking to reach voters with your campaign? Again, the data clearly points to newspaper playing a key role in the lives of voters.

Where do you turn to for your election coverage? What do you consider your most trusted source for coverage of political issues? Fill us in. If you want to cast your net among the voting public, learn how to integrate print and digital media with our recent ebook and ensure your campaigns are set up for success.