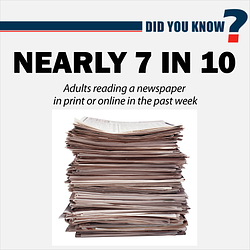 A new report from the Newspaper Association of America came out Monday and you might be a bit surprised by the actual numbers and data included. Now I’m a marketing guy and try my best to live up to the prejudice that I would just take whatever numbers I can find and skew them to my favor, whether personally or professionally. As a marketer I’m supposed to be a good spin doctor right? All kidding aside, there have been times where I’ve read reports or recent research and had to put it on the shelf or hope I’m the only one finding it, as the information is not positive. But in this case, it’s certainly worth sharing and I don’t even have to spin it, the data speaks for itself.

Now I’m not going to go through each and every stat, because if you really wanted that, you’d just read the 13-page report yourself. Instead, here are a few of the bullets from the executive summary, along with my commentary and what I think they mean.

That sounds like a big number, and it is. It’s actually 60 million higher than at the conclusion of an NAA study in October 2011. The other thing to note is that the percentage of people reading newspaper content has remained steady (hovering at ~70%) since 2011. So much for the whole ‘newspapers are dying’ assertion.

Hang on, I thought everyone in this group only checked Facebook and trusted ‘The Onion’ for their news. Looks like that’s not the case at all, and the young folk these days are paying attention and trying to stay educated on the world around them, not just what their long-lost friend had 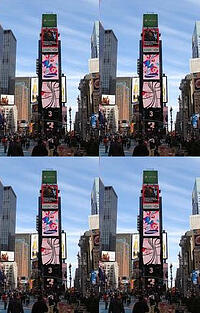 34 million adults is four times the population of New York City, and while it will be difficult to maintain a 58% growth rate going forward, we all know smart phone adoption is growing faster than your neighbor’s 1984 hatchback reaches 60 mph.

Here’s what this means: no, today’s paper is not your grandfather’s newspaper, and not even your father’s newspaper. It’s the newspaper directed to the younger reader, and smart publications are ensuring their content is web optimized. And, smart advertisers understand the publication’s ability to target their ad to content or readers and are working with the publication to be sure that’s happening.

Again, that’s some astounding growth, and growth that won’t be maintained long-term, but that’s mostly due to saturation. At some point nearly everyone will have a smart phone, and those same everyone’s will be using their devices to access newspaper content. What’s more compelling is that the younger they start, the more likely they are to stick with it.

Here’s where I’ll just give you the numbers with no spin. The media game is getting tough and advertisers understand that selecting just one media vehicle will hurt their campaign. To combat this, integrated campaigns are the way to use print and digital together.

This is just a snapshot of the report based on the executive summary. What you’re missing is the median income of the newspaper reader (print or online) and how social is more of a distributor of content than a source. If you want to learn more about connecting with newspaper readers, download the Proven Methods for Reaching Affluent and Educated Consumers or the CMO’s Guide to Integrating Print and Digital Media.