Omnicom-Publicis Merger Could put Advertising on Same Path as Detroit

Reason being, now there’s a big three, and one of those big three clearly thinks they’re untouchable. Don’t take my word for it, take a look at what the heads of advertising agencies Omnicom Group and Publicis Groupe said in interviews following their iconic signing in Paris, France:

Now thankfully I’m not old enough to remember the days the Big Three in Detroit wielded their power enough to actually shut down a competitor, a la Tucker, but I can’t help but think part of the downfall of the motor city had to do with their arrogance and the thought that no one could touch them. Now if you haven’t seen Tucker, here’s your spoiler alert: Tucker was a creative mind who pushed the limits on car manufacturing and design for his time. He incorporated features like seatbelts, a pivoting headlight for better vision around curves, disk brakes and a padded dash. But instead of being pushed by these changes, the Big Three 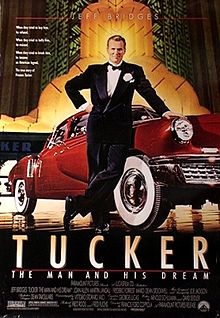 created contracts with the commodities folks, so Tucker couldn’t get the steel and raw materials to build his cars. In the end, only 50 cars made it into production because that was all the materials Tucker was able to get his hands on before he got shut out.

The difference here is that there are no real commodities in the advertising business. If you think Apple or Dell is going to stop selling computers to Horizon or Periscope because OMC tells them not too, I have some oceanside property in Arizona we should discuss.

The biggest commodity in the advertising business is people. And people have a mind of their own. They can go to whatever agency they want, big or small, corporate or independent. Although this deal now gives OMC and GroupM 70% of a broadcast TV network’s ad revenue, there’s still 30% for everyone else. Not to mention, and this might be a shocker for you, TV isn’t the only medium advertisers are after, and the number of channels available and searching for advertising to put in during episodes of Pawn Stars and Flip This House seems to be growing daily.

Looking back on the title, maybe it should have been ‘Despite Omnicom-Publicis Merger, Advertising Won’t Take the Same Path as Detroit.’ Reason being, there is too much competition, and the smaller agencies, and the large independent agencies, have just as large a chance of winning business as the big three. In fact, Deb Giampoli from Mondelez recently laid out how a small agency can do just that. Basically her message is: be unique, know who you are, and tell your story. If as an agency you can do that, size really doesn’t matter.

Staying with the size argument for a second, take a look at what IPG’s CEO Michael Roth had to say in a memo to his employees (emphasis mine):

In the end it’s all about serving clients and reaching consumers. While consolidation may bring agencies together, it doesn’t mean it will put the fragmented media puzzle back together. What will is great creative placed in the right media to drive consumers to action. If you’re looking for ways to get an educated and affluent audience to act on your advertising, check out our white paper on reaching that audience.