Should Your Small Business Market with Billboards?

I was driving the other day and saw a billboard that said, “Try and block this ad.” How true. In today’s world of digital advertising, people are so sick of being bombarded with banner ads and popups that they use special software to block them. That’s a lot of wasted ad spend.

So now you’re probably thinking, “Okay, sure, billboard ads can’t be blocked, but do people really pay attention to them?” For that answer I am going to turn to the most recent research conducted by The Arbitron National In-Car Study, which does a great job at painting a clear picture of the psyche of the typical American consumer and what impact billboard ads have on them.

We Spend a Lot of Time in Our Cars 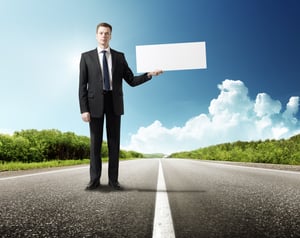 The first thing the study points out is that on average, each of us spends roughly 20 hours per week in our car traveling about 200 miles. 20 hours is a lot of time the average consumer can be exposed to billboard ads.

Now that we know the potential for ad exposure is very much there, we have to ask, “Does the average consumer pay attention to these ads, and if so, do billboard ads actually inspire them to take action?”

Well, the study points out that 71% of consumers “often look at the messages on roadside billboards (traditional and digital combined) and more than one-third (37%) report looking at an outdoor ad each or most of the time they pass one."

When we dig deeper into respondents’ feedback, we unearth some other interesting pieces of data:

Now you may be thinking those last two numbers are low, but how many of us can remember a phone number or website address. But if the billboard ad does its job correctly, we’ll remember the company name and can Google it later when we get home.

Did you see what I did there?

Okay, so far we know that people are very much exposed to billboard ads and a good majority of drivers pay attention to them. Now the final question: Do billboard ads inspire people to make a purchase?

I’d say that these findings paint a pretty clear picture: billboard advertising works. These out of home (OOH) ads not only capture consumers’ attention, they drive massive action as well.

If you’ve been thinking about trying billboard advertising, we encourage you to do so. And if you need any help with your campaign, please give us a call. We work with small- and medium-sized companies to develop OOH campaigns that deliver big results. 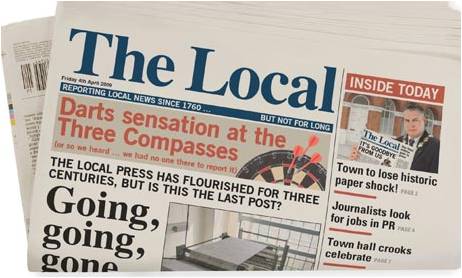 Black, White and Read All Over: Why Local News Sources Matter to Advertisers